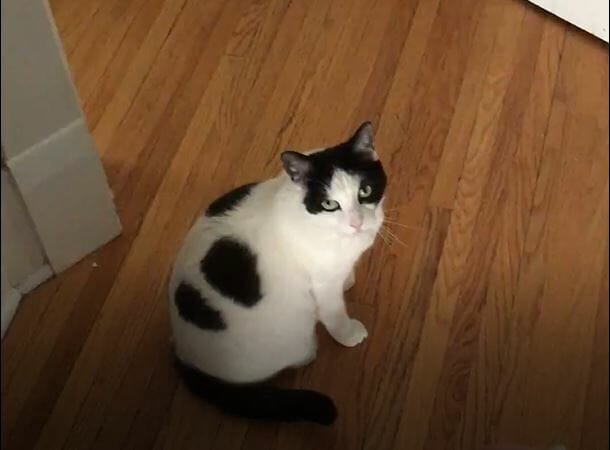 Cerebellar hypoplasia occurs when a part of the brain, the cerebellum, is underdeveloped. The cerebellum is responsible for regulating and “fine-tuning” motor movements, including posture, balance and coordination. Cats that are affected by this condition are called wobbly cats, as they cannot fully coordinate their movements.

This condition occurs when kittens are affected by a virus in utero (in their mother’s womb) or in the very early stages after being born. It is when the cerebellum is developing, and the cells are rapidly dividing. The virus is a panleukopenia virus, which means that a type of parvovirus that likes to attack rapidly dividing cells. It results in the cerebellum developing to a smaller than normal size.

Kittens affected with this condition can show a few differences in their movement, including:

Most kitties affected by this condition can lead to healthy, happy, normal lives. For more severely impacted cats, lowered litterboxes and avoidance of stairs would be needed. Cats with cerebellar hypoplasia need to stay indoors to avoid the dangers of poor coordination in the outside world. Vaccination of all cats to protect them against the panleukopenia virus is advised to help prevent this condition.

At Fairmont, Dr. Parker’s kitty has cerebellar hypoplasia and is affectionately called Tipsy because of it. Check out the videos to see how Tipsy moves!