Pet of the Month: Abby 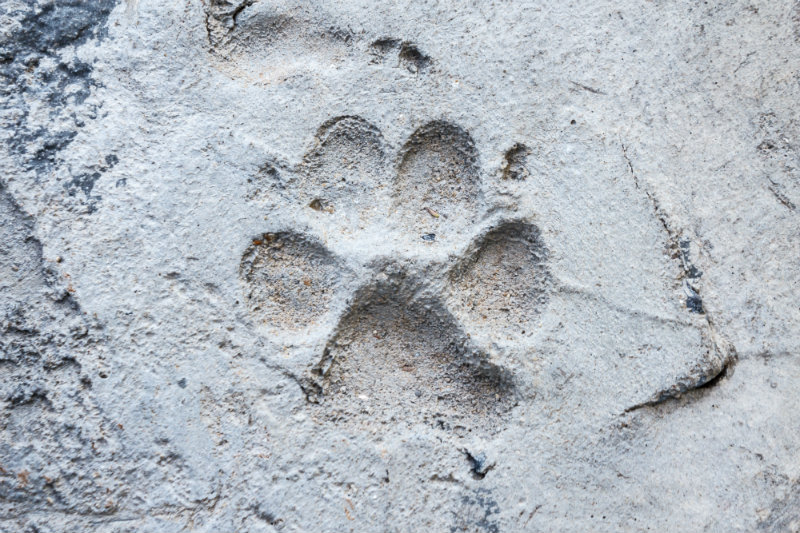 Abby was a healthy, energetic puppy when her owners brought her home in October.  She was spry, eating well, and full of vitality. She was looking very healthy on her first physical exam in October and was thriving.

In early November, Abby showed the first signs of being unwell. She started out with vague signs: having less energy than normal and a decreased appetite. Things quickly worsened overnight.

Abby’s bloodwork was run and showed that her kidney values were elevated, and her urine was not being concentrated (a sign that her kidneys were damaged).  Her breathing became rapid, and she quickly turned dull and depressed.

The owners were devastated- they did not know what was wrong with their previously bright little puppy.

Abby only showed minimal improvement with an intensive 24-hour supportive care that was started for her. Her kidney values were checked again one day after she presented, and they were even more elevated- meaning her kidneys were becoming increasingly more damaged.

An abdominal ultrasound showed no stones or inherited changes that would cause such a change to Abby’s young kidneys, so we then turned to searching for infectious causes, including Leptospirosis. Abby’s blood and urine were submitted for testing and came back as positive for Leptospirosis.

Leptospirosis is a bacterium passed through wildlife urine. It is found in London and is typically passed from racoons, skunks, rats and other neighbourhood wildlife. Wildlife urinates anywhere- so this bacteria can be found in contaminated water or soil. Dogs become infected through either ingesting the water or through a skin wound. Humans can also get this disease and can pick it up from wildlife, or from dogs affected by it.

Once Leptospirosis enters a dog’s body, it multiplies in the bloodstream. It typically affects two organs the most: the kidneys, and the liver. It is passed into the urine of an affected dog for weeks to months. When in the kidneys, it can cause swelling and subsequent injury and damage. This can cause kidney damage that can sometimes be so severe that it is not reversible, or even fatal.

Now that we had an answer for Abby, she was started on a specific antibiotic to treat the Leptospirosis bacterial infection. But the uphill battle had only just begun. Since Abby’s kidneys were so damaged by this bacteria, they were failing, and Abby was getting sicker. To help repair damaged kidneys in our pets fluid therapy is critical. Abby continued to receive 24-hour fluids to help flush and support her worn-out kidneys. She needed many supportive medications to help resolve nausea, vomiting, and pain associated with her kidney damage. She even needed a tube placed through her nose for feeding since she felt too unwell to eat.

After 4 days of intensive care and teetering on the edge of life, Abby’s kidneys finally started to respond. Her kidney values slowly came back down to normal, and her appetite, energy and spunk returned. It took 6 days of full intensive care for her to go home.

I am happy to report that Abby’s kidney values have returned to normal and she is just as spunky as before! We are so proud of you for being a fighter, Miss Abigail!

With recent changes to restrictions on businesses, we have made some important updates to our operating policies.

1. WE CAN NOW SEE ALL CASES BY APPOINTMENT ONLY

2. SAFETY MEASURES TO KEEP EVERYONE SAFE

If you wish to connect with a veterinarian via message, phone or video, visit our website and follow the "Online Consultation" link. You will be connected to an on-call veterinarian that may be located at a different hospital.

Have you welcomed a new furry family member to your home? We’d love to meet them! Visit our Must Know New Pet Owner Information page for useful resources and helpful recommendations for new pet owners.

We are OPEN with the following hours:

Thank you for your patience and understanding and we look forward to seeing you and your furry family members again!