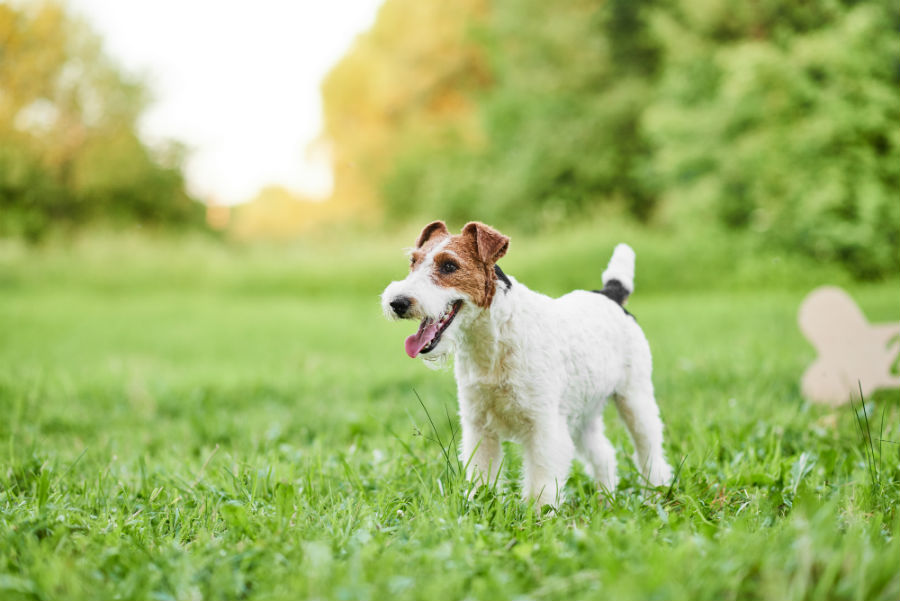 Roundworms are a parasitic nematode found throughout the world. In Canada, two main species of roundworms infect dogs: Toxocara canis and Toxascaris leonina.

These species have a direct life cycle, meaning eggs are ingested directly by the host (canids) or transmitted from the mother to her puppies in utero or through her milk, and the worm grows to maturity in this single host. Eggs are shed in the host’s feces, and the lifecycle continues again.

When the dog first ingests roundworms, they can travel in many different ways throughout the body. The path they take depends on the age of the dog. In puppies, younger than three-months-old the eggs are ingested and hatch in the GI system. The larvae then migrate via the vasculature through the liver to the lungs, where they are coughed up and swallowed and mature to adults in the small intestines. With this route of infection, the worms are reproducing in the intestines, and infective eggs are shed in the feces.

When an adult dog ingests infected feces, the larvae go through a different pathway: they end up migrating from the lungs to a variety of tissues within the body. These larvae never make it back to the GI tract and so do not mature and reproduce. Hence, roundworm infections in adults tend to be a dead end for the parasite and does not cause any problems in the dog.

However, if an intermediate host such as a small rodent ingests feces infected with roundworm eggs, and an adult dog ingests this intermediate host, the larva will follow the same path they go through in puppies, and the adult dog will end up with a roundworm infection in their intestines, shedding infective eggs in their feces.

Roundworms may cause respiratory signs in young puppies due to their migration through the lungs. Other signs of infection in puppies are poor growth, a ‘pot belly,’ and diarrhea, and rarely, seizures. In infected adults, there are often no clinical signs, other than the finding of adult worms shed in their feces or vomitus, and microscopic infective eggs shed in their feces.

Many different medications can be used to treat roundworms. Here, one used typically for new puppies is called pyrantel. It is recommended that puppies are treated at 2, 4, 6 and 8-weeks-old, and then once a month during heartworm season in Canada (June-November), throughout the dog’s life. Treatment is only effective against adult roundworms, so frequent dosing in puppies is important to ensure all roundworms are treated as they mature.

It is important to treat for roundworms because humans can become infected, as well by ingesting eggs shed in feces. Because humans are not the usual host for these worms, they migrate throughout the body and can cause problems in many different areas, including the eyes, liver, and lungs.